Big Tobacco now dominate the vape industry. And they’re using the same tactics they used 50 years ago to capture teenagers into addiction. Insidiously, they’re using fake news campaigns as plausible scientific studies to make vaping seem benign. We worked with the Heart and Stroke Foundation to fight this fake news with our own fake(ish) news, all linked to the vanity of teenagers.

Using fake news tactics, we rolled out a series of provocative ads placed in the same positions used by other fake news platforms. Each ad took our audience to our fake(ish) news site which unpacked the sensationalist story and quickly turned things around into what science really do know about vaping. 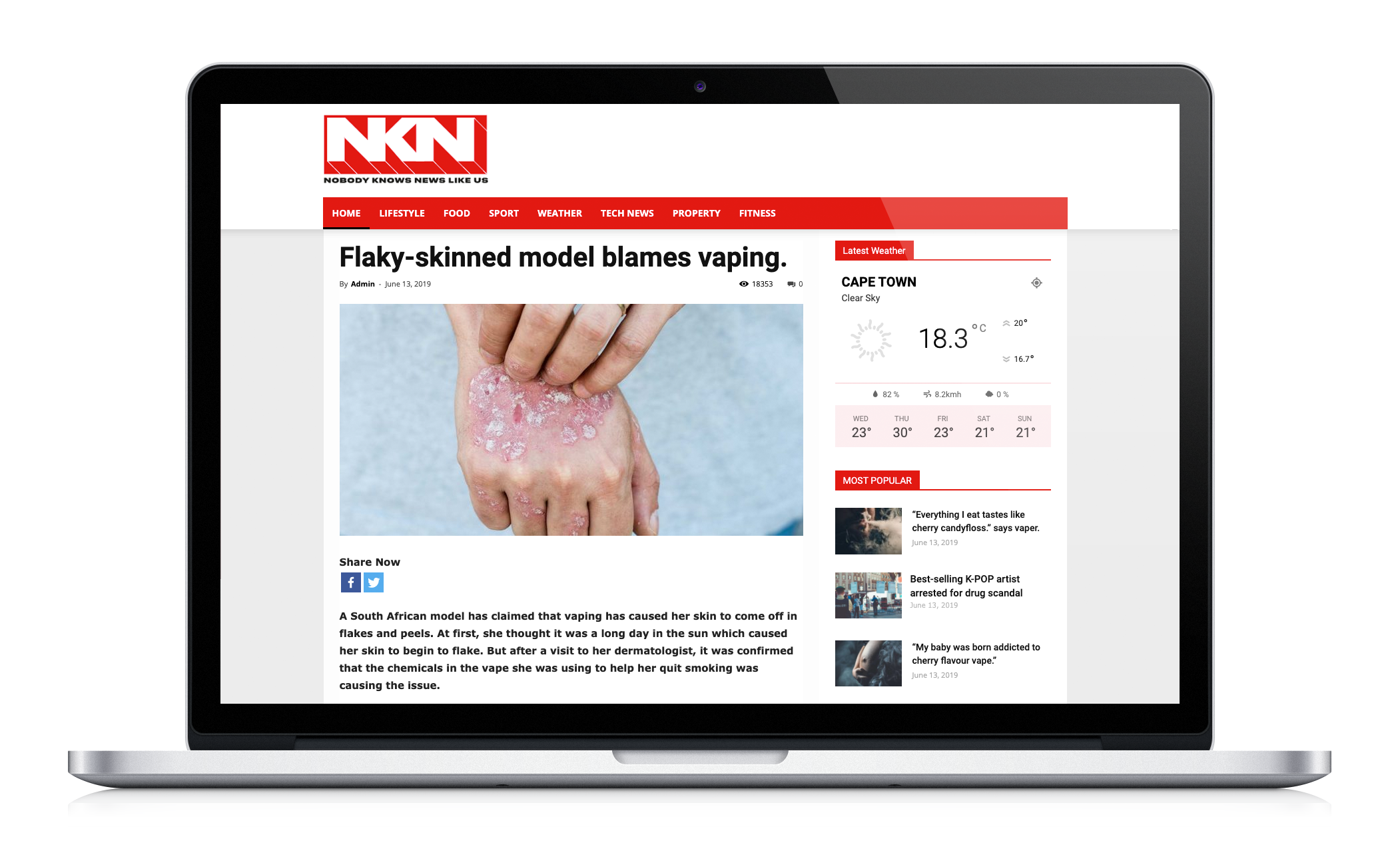